“The Thomas Farm Films camp was an incredible experience for our boys! They both attended an arts school for elementary and had the opportunity to participate in theater productions every year, and are both talented actors. As they are growing up, they are less interested in theater due to the “coolness” perception of pre-teens. This film camp was the perfect bridge to help continue their acting careers. They had a blast and were exposed to all aspects of professional film production, including original scripts, make-up, costuming, location scouting, shooting, editing and a wonderful showing of their movie on a big screen. There was even a “red carpet” event on the showing night. It was a blast and we plan on sending the boys again! Thank you Thomas Farm Films!” 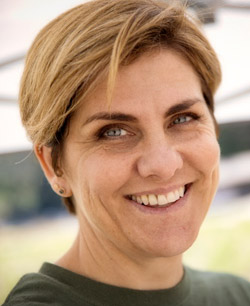 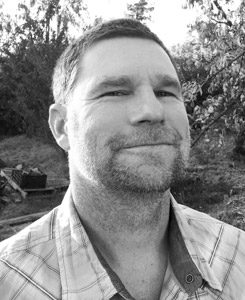 JOSHUA THOMAS is a father of 4 and an organic farmer by day…and yet he seems to always find a way to follow his passion for film and screenwriting. In the midst of family and farm life, Josh returned to school in 2017, receiving his Master of Fine Arts from San Francisco State University in 2020. Out of necessity, his four kids were cast members of his thesis film—The Maroon Bomber was made during the first months of the COVID-19 pandemic, while our county had a shelter-in-place order. Josh scrapped his original film plans and came up with this short documentary film idea that could be shot entirely on the family farm. The Maroon Bomber has been selected and screened at 36 film festivals across the USA and abroad in Australia, Ireland, Spain, Sweden, & Canada…earning several awards.

Josh is co-founder and creative engine of Thomas Farm Films, Inc., which is a film production company that he and his wife launched in 2019, which currently focuses on teaching children the craft of filmmaking. Josh has extensive experience in documentary, but his passion is narrative filmmaking. His work has screened at numerous film festivals across North America, Europe and Asia. He is also a prolific screenwriter and has completed a vast amount of scripts, both short and feature length. 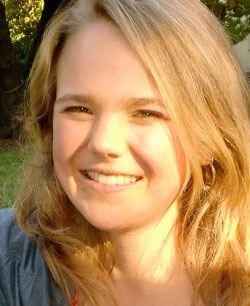 ASALI ECHOLS is a Bay Area filmmaker and film editor, whose work has screened in festivals across the country and worldwide. Her directing credits include the narrative short Fast & New (2019), the animated documentary The Violin Upstairs (2019) and the award-winning short documentary Lion on the Mat (2021). Asali is also a dedicated cinema educator, and loves sharing the magic of filmmaking with the next generation. She teaches undergraduate film production at San Francisco State University, and can’t wait to come back for another summer at Thomas Farm Films. 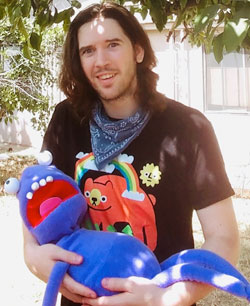 MATT PIERCE is an animator and illustrator from Monterey bay. He is a graduate of CSUMB’s cinematic arts program and has years of experience teaching kids about video production. He is a fan of professional wrestling, David Lynch, and John Carpenter. His biggest fear is big faces. Like REALLY large ones. Like you open the door and it’s just ALL FACE filling up the hall. That would really make him jump. 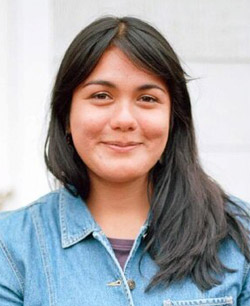 Jessica Schlegel is a recent MFA graduate from San Francisco State University. She freelances in the lighting department for film and video productions in the Bay Area. Jessica enjoys sharing what she’s learned about filmmaking as well as continuing to learn herself. Jessica thinks filmmaking is the most fun (and challenging) team sport. 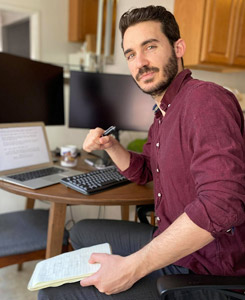 Pablo Riquelme started as an actor in Spain when he was 11 and decided to get behind the camera around the same time to direct his first short films. Since then his work has been selected in prestigious Film Festivals like Sitges Horror Film Festival and Los Angeles Independent Film Festival. He directed his first feature movie in 2010, “Armengola. La leyenda”, and after five years working as a film critic and getting a Media Studies Degree in the movie studios CIUDAD DE LA LUZ, Pablo moved to Los Angeles, California, to study film directing at UCLA. In Hollywood, Pablo directed the promotional videos of the singer and Vogue magazine model Josh Beech, and his thriller “Dead Flowers” is now available on Amazon Prime Video. It’s won eight awards including best movie, and best screenplay. He’s currently living in San Francisco, California, where he became a Diplomatic citizen by the Fulbright Commission. His newest work, “Heads Will Roll”, stars the famous Horror Film icon, Tony Todd (Candyman). Pablo is also working in Hollywood in the development of several feature films and TV shows for companies and producers such as Sony Pictures, Secuoya Studios, Jennifer Lopez, Matthew Stein, Laurence Mark, Gus Van Sant, and others. 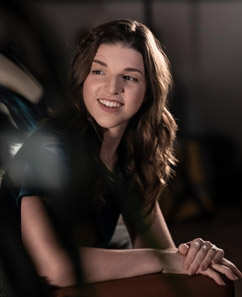 Sarah Horn is a filmmaker local to Monterey County, and is stoked to return to Thomas Farm Films this summer! Sarah is a graduate of CSUMB’s film & media program, and is finishing up her first school year as a photography & dance instructor at Notre Dame High School. Her favorite film projects of last year were definitely the two films made with TFF kids last year, Twitch and The Task. Looking forward to another great year!